European researchers have worked together since the dawn of modern science. Researchers and students travel, visit universities and research institutions, share research results and data, and form joint research projects and programmes. The European research community spans more than 40 countries in the European Research Area (ERA) is dynamic and ever changing. 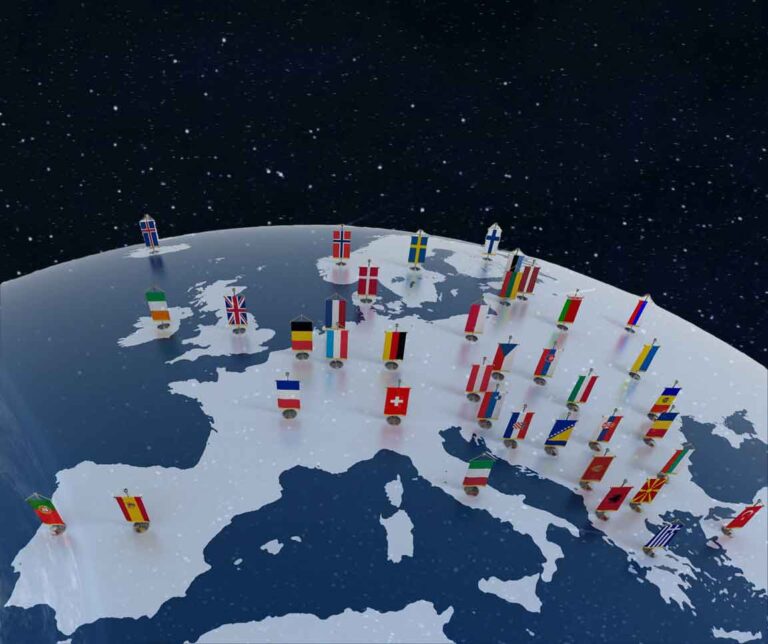 To support the close collaboration in research and education in Europe, joint European infrastructure is key. This ranges from shared research instruments like particle accelerators and radio telescopes, to shared data bases of environmental or genomics data, to high performance computers and large-scale storage facilities, and to the high-performance networks to connect it all.

Establishing such joint infrastructure is a collaborative effort across all of Europe. Members of the Nordic R&E Community engage in collaborations with the rest of Europe through a variety of projects and initiatives. Numerous experts from the Nordic NRENs and R&E institutions in the Nordics have been active in the European community over many years.

Such European collaborations almost always involves a large number of partners, many nations with their own priorities, and even more national stakeholders. The community is characterized by a strong desire to collaborate, while stakeholders also have their own and national interests to look out for. Such collaborations are never straightforward, especially when significant EC funding is at stake. NORDUnet has extensive experience with his landscape, many contacts and a position of strength derived from a NORDUnet and Nordic NREN reputation of getting things done and making significant community contributions.

Overall, the European NREN community has a long history for joint activities, obtaining significant results together.

The European NRENs have worked together since the dawn of computer networking. From the outset it was clear that to offer ubiquitous and borderless networks between European research and education institutions, collaboration and cooperation was needed. NORDUnet and the Nordic NRENs have played a key role on this evolution, contributing to many key technologies and programs and constantly pushing the state of the art. The efforts of all the European NRENs led to joint network projects, joint conferences and working groups, and eventually to the joint European R&E backbone network, GÉANT.

NORDUnet and the Nordic NRENs have participated in joint European R&E networking institutions since the beginning, and plays a key role in GÉANT Association. NORDUnet is committed to a strong European collaboration through GÉANT and the provision of world-class networking and services to all European researchers and students.

GÉANT Association is the operator of comprehensive and critical joint infrastructure, including the GÉANT network connecting all European NREN networks to each other and to other world regions, and the European trust and identity infrastructure that includes eduroam, eduGAIN, and eduTEAMS. GÉANT Association is also the enabler of a number of services for research and education, such as access to commercial IaaS cloud services.

More than just an operator, GÉANT Association is also the enabler, facilitator, and coordinator of collaboration among the European NRENs. GÉANT is host to European working groups and task forces for development of services areas and technologies. GÉANT enables the European NRENs to come together to meet new challenges and facilitates joint projects in response to such challenges. 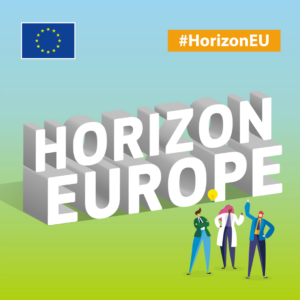 From the beginning the European Commission have been committed to supporting a joint European R&E network, in support of the EC’s ambition to foster a single European research area, with equal access for researchers and students in every European country.

In recent years, the main part of this support has been in the form of e-infrastructure projects under the Framework Programmes for Research and Technological Development, most recently Horizon 2020. These projects – known collectively as the GÉANT projects – support the evolution of the GÉANT network and well as the development of key technologies and services. The most recent projects are GN4-3 (the main project) and GN4-3N (a support project implementing a new, pan-European optical network).  The total budget for these projects is 128 M€ over four years.

NORDUnet and the Nordic NREN make significant contributions to the GÉANT projects – from building European consensus and formulating the project proposals to doing the engineering and guiding the outcomes of key activities. The Nordic NRENs traditionally commit both work package and activity leaders and some of the top experts in the field to the GÉANT projects, strongly contributing to the success of the projects.

In recent years, NORDUnet and the Nordic NRENs have especially contributed to the design and development of the new GÉANT optical network, the evolution of Campus networking as a Service, the creation of a framework for delivering commercial IaaS services to European R&E users, and to leading the European trust and identity efforts, including the development of support for large research communities and Research Infrastructures through the eduTEAMS effort.

Providing international connectivity and is an essential part of what NORDUnet does.  We do that in collaboration with all European NRENs as part of GÉANT, and we do that in smaller groups of willing-and-able NRENS, exploring new technologies, driving European networking evolution, and sharing resources to lower cost and provide more capacity than we could do alone.

The NORDUnet network reaches key locations in Europe, such as major exchanges for both commercial and R&E traffic, major research facilities, location for major cloud providers, and landing points for trans-Atlantic and other global traffic. A major cost of the network is optical fibres. NORDUnet has therefore for more than 10 years worked in close partnerships with European NRENs with a similar strategy for European networking, specifically Dutch NRNE SURF (formerly SURFnet) and Polish NREN PSNC.

The collaboration was initiated by a desire to directly interconnect the networks of PSNC, NORDUnet and SURF, and to provide NORDUnet and PSCN with direct connectivity to Amsterdam, a key gateway to both commercial internet providers and global connectivity. This lead to a MoU signed in , committing the partners to work together on sharing network resources and interconnectivity their optical networks by meeting in Hamburg.

From there, the collaboration has led to both significant technological advanced on optical spectrum sharing, allowing multiple optical network to share a single fibre, and to sharing of fibre resources of NORDUnet, PSNC, and SURF, allowing all three partners to have private, resilient, high-capacity network between Amsterdam, London, Paris, and Frankfurt, as well as to the CERN research facility in Geneva.

NORDUnet works closely with research and education networks in the Baltic sea area. In addition to PSNC in Poland (see above), NORDUnet has a longstanding tradition of working directly with NRENs in Russia, Estonia, and Lithuania.

NORDUnet operates a Global Exchange Point (GXP) in Helsinki, Finland. This exchange allow networks in the region – specifically in Russia, the Nordic countries, and the Baltic states to directly exchange.  Using the exchange, NORDUnet connect directly to Russian NREN RUNNET, on an optical fibre infrastructure from Helsinki to St. Petersburg operated by RUNNET. In this way, Russian and Nordic researchers can exchange traffic, and NORDUnet and RUNNET can work together to ensure the best possible connectivity between Russian R&E and Western Europe and beyond. In this way we continue a collaboration with RUNNET that go back more than 20 years.

For the next generation of the GÉANT network, NORDUnet, GÉANT, PSNC, and the Baltic NRENs are collaborating to share existing optical networks and acquire new network resources where needed, realizing a dream to create a NREN owned and operated optical fibre ring around the Baltic sea, greatly improving connectivity and resilience for all countries in the region, including the Nordic NRENs. 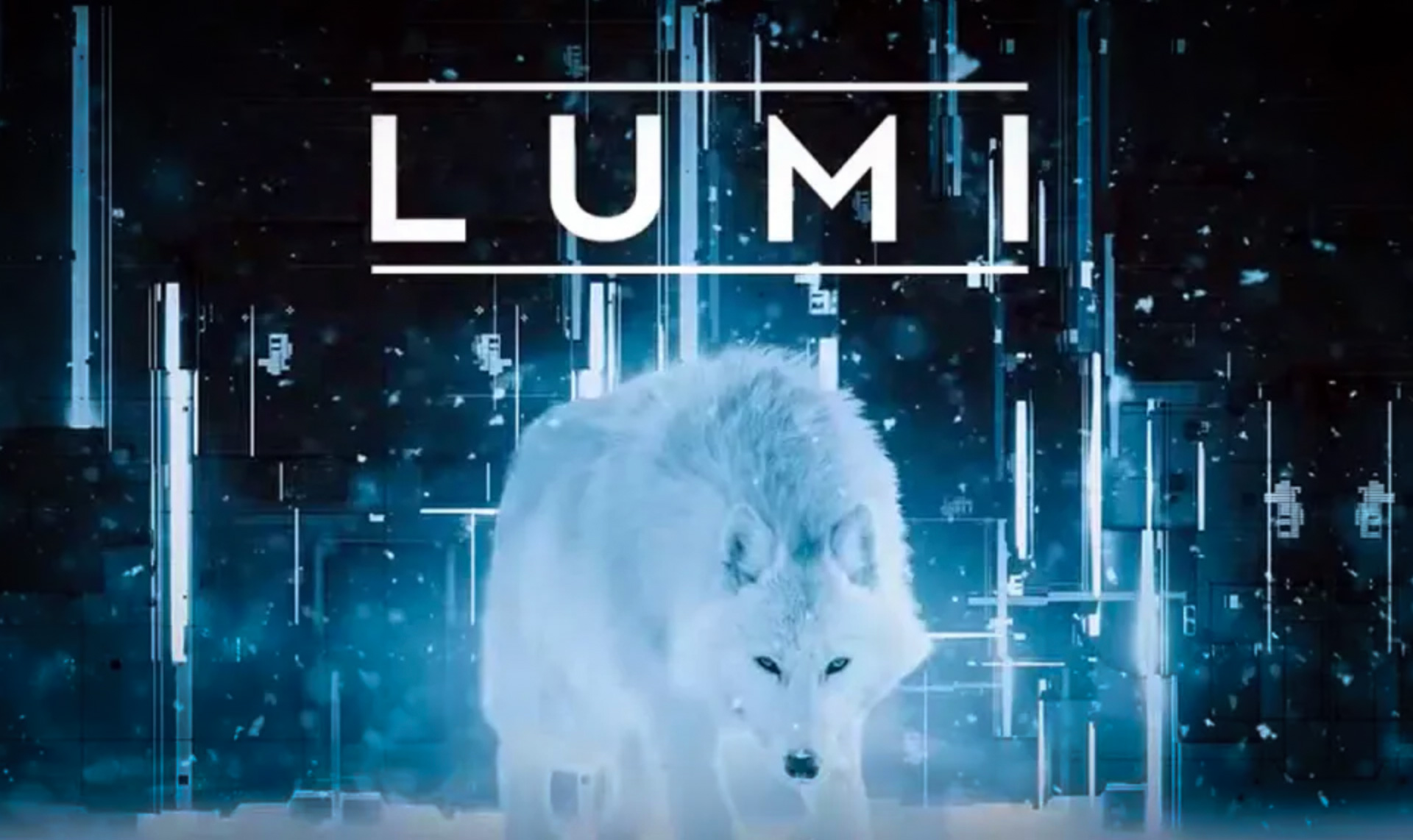 High performance computing is all about extraordinary computer power, with vast amounts of storage and state of the art network facilities. This is costly business, hence out of range for a single European country to buy on their own. Moreover, the European Commission has voiced the ambition to come to develop top-of-the-range exascale supercomputers for processing big data, based on competitive European technology.

Therefore, EC has funded three new computer centers to pave the way for the building of future exa-scale computing facilities. One of these, called LUMI, is under construction in Kajaani, Finland, led by CSC.

Scientific papers, conferences, personal meetings, and a wide range of Internet solutions today help scientists to share ideas and results from their research.

However, the Internet offers solutions, providing much more flexibility, and one challenge has become more and more exposed: vast amounts of data are produced every year, but there’s no common strategy on how to save and protect this information, and keeping it findable and accessible at any time, for all European scientists to share with each other.

This has become an area of increasing focus. In fact, still more research grants are conditioned by a demand for loyalty to the already agreed open science policies encouraging scientists to share their research achievements.

The central objective of EOSC is to facilitate the reuse and sharing of research data among European researchers and the public. The collaboration will:

EOSC Nordic – the first step on the way